WOMEN' RESISTANCE DURING NAZI OCCUPATION IN KRISTIN HANNAH’S THE NIGHTINGALE

Franceas the German’s mortal enemy ended in the hand of Hitler’s Nazi occupation and forced the civilians to revolt, not only men but also women. The women’s resistance represented the effort to get gender equality in life. To focus on the resistance, this paper aims to analyze the efforts of France women during the Nazi occupation portrayed in Kristin Hannah’s novel, TheNightingale. The writer uses Liberal Feminism as the main theory to describe the women's movement in getting their freedom and equality. In completing the analysis, the writer uses qualitative and descriptive methods. In theresults of the analysis, the author found that during the occupation, French women struggle to liberate and defend their families and country from the Nazi by doing certain attempts such as educating them selves to be asequal to men, developing themselves to fight as a resistance patriot and encourage themselves to be a woman leader. 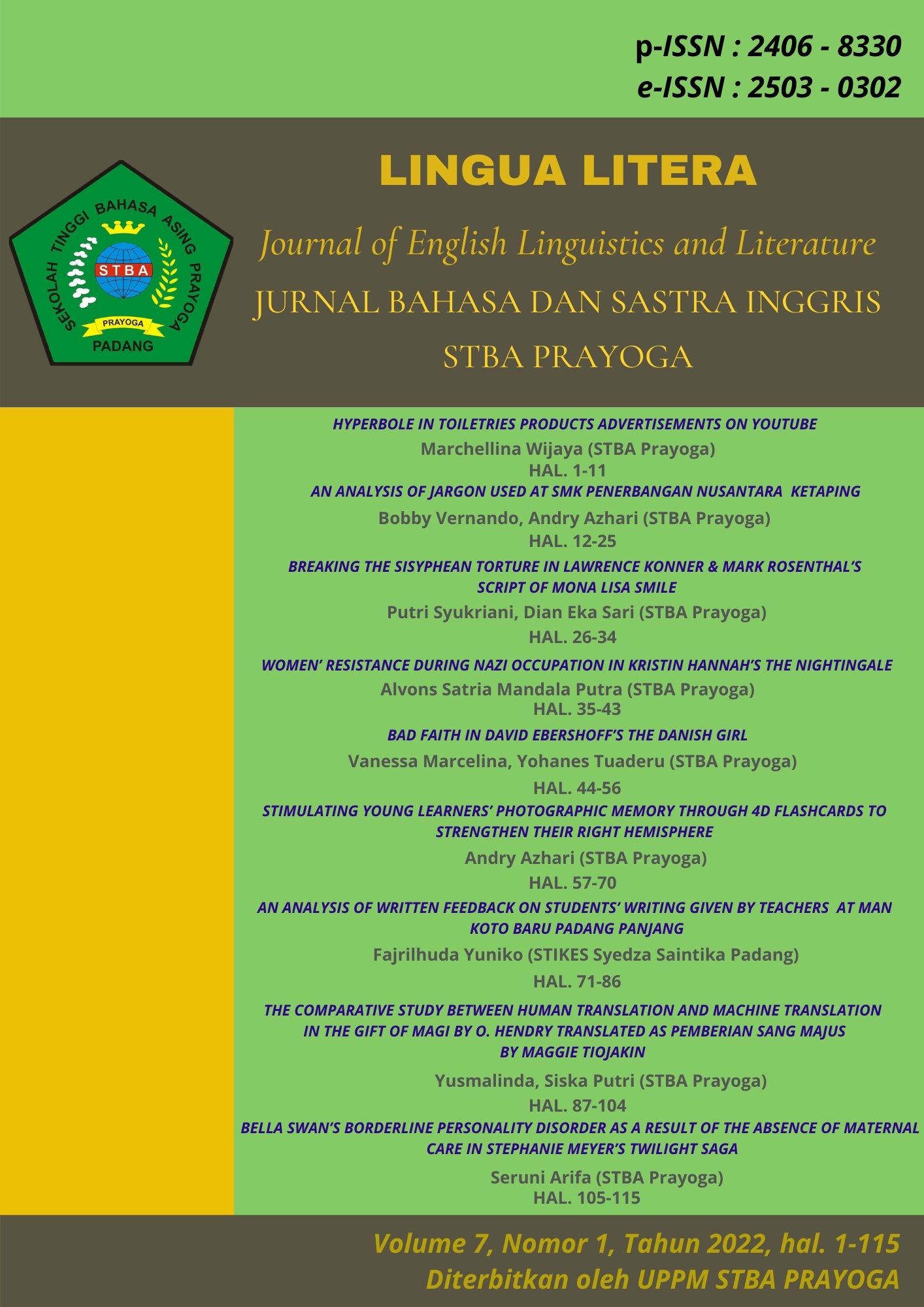