DEFINING AND CATEGORIZING ASIAN LITERATURE BASED ON THREE ASIAN NOVELS

While talking about Asian literature, some confusing points need to be discussed. There are some styles of Asian writing found in the literature market; Asian literature that arrives with the English-translation model, one that has been already written in English by the Asian authors, and one written by a Western author. Asian literature covers works of writing produced by Asians in a variety of countries in Asia. The development of this literature is supported by the use of the English language in form of translation, and the emergence of English authors who write about Asian culture. For the growth of Asian Literature’s styles, this paper attempts to analyze three different styles of Asian novels; English-language novel, English-translation novel, and Western-author novel to define and classify it. The investigation of the theme; Asian resistance toward colonialism and Asian critique toward Western culture will be conducted under the scope of
Orientalism. The discussion of the nature of language and culture in Asian writing will justify the definition and classification of Asian literature as well. Subsequently, this paper detects Asian Literature as a work that must be written by Asian authors, thus it can strongly declare the real root of
Asian culture, tradition, value, belief, and feeling. It should be classified as works by native Asian authors and English-translation works as well. 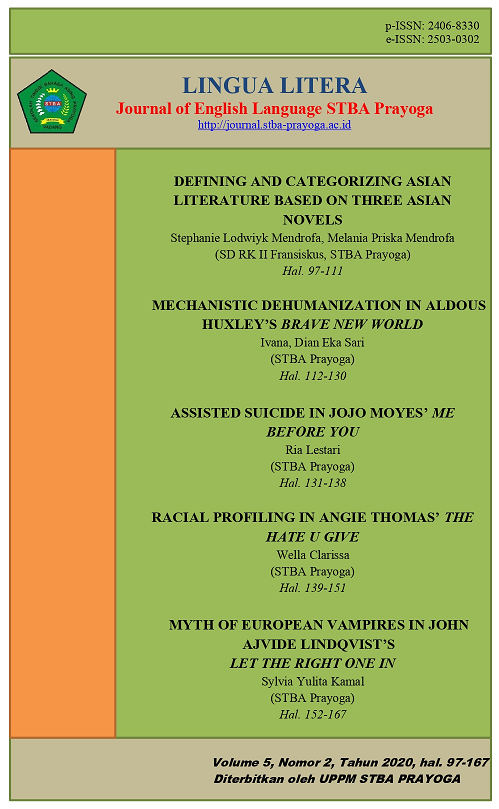